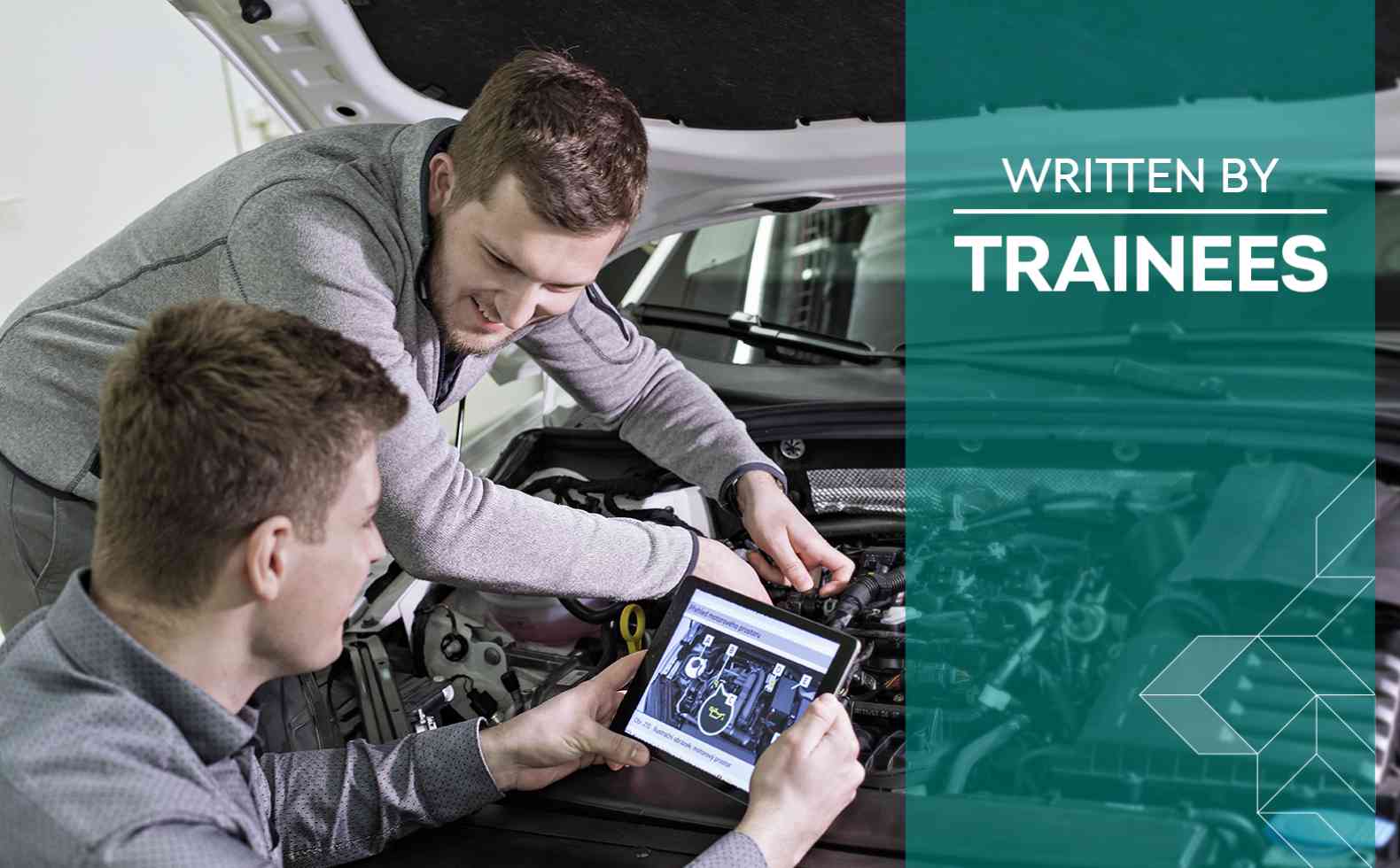 The Tech-Trainee programme’s aim? To find the most talented graduates from technical universities and give them the opportunity to become experts in the world of technology and electromobility. What will the trainee go through on their twelve-month journey? Read what five mentors from different departments and their trainees have to say about it all. 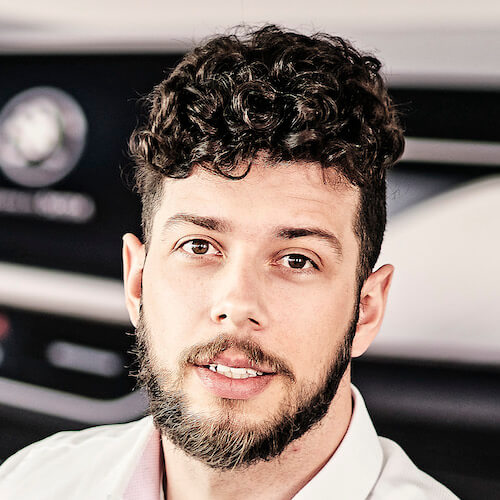 “We all pull together when developing car bodywork electronics and architecture!”

In our department the trainee discovers how electrical parts develop – from creating the technical specifications in the project’s early stages to releasing the part into series production. In my group, he gets acquainted with convenience and central electronics as well as how they are tested. He gets hands on experience from his teammates and solve problems with them when developing units or deploying a part in series production. What’s more, he also has his own role and responsibilities within a specific project and the opportunity to look into other departments in the framework of the entire department for bodywork electronics and architecture development. After graduating from the programme, he will, in short, have a comprehensive overview of how technical development works and what its role is in the Group.

Ota immediately integrated me into the team and gave me an overview of everything that EEK does. Above all, not only did he acquaint me with the colleagues and their responsibilities, but also with people from other departments with whom we work on a daily basis. I also got the opportunity to take part in the early stage of developing a completely new working part that will be specific to ŠKODA AUTO, one that we will see in the next generation of the SUPERB, for example. 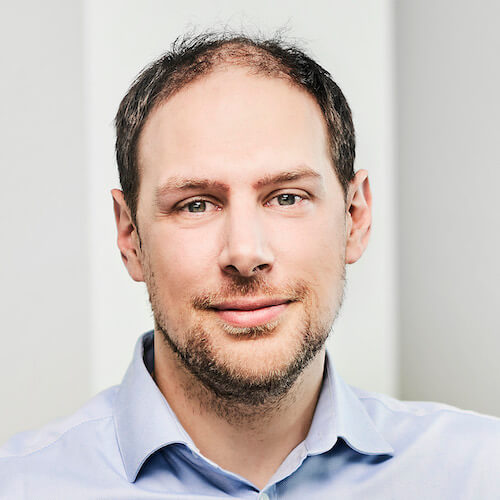 “We are preparing the assembly lines of the future.”

We want trainees to have an integral knowledge of how our department, as well as ŠKODA AUTO, works. That is why they are always in charge of a specific project, from the very first idea to actually making it in production and they take responsibility for it throughout. We offer a unique opportunity to broaden your horizons in the field of electromobility, which is both a strategic and very current theme for us. Thanks to the rotations system, where the trainee constantly learns about new areas, he explores this issue from different angles.

How does trainee Robert Cavos see the assembly planning department?

Jan Chládek summed it up precisely. I am currently working on the pre-assembly of the chassis for the ENYAQ iV. In the event the battery supplier fails. I am fully in charge of this task, from start to finish, and I am working on it with another trainee. We make sure that the finished parts arrive at the assembly hall. I bear full responsibility for their technical design. 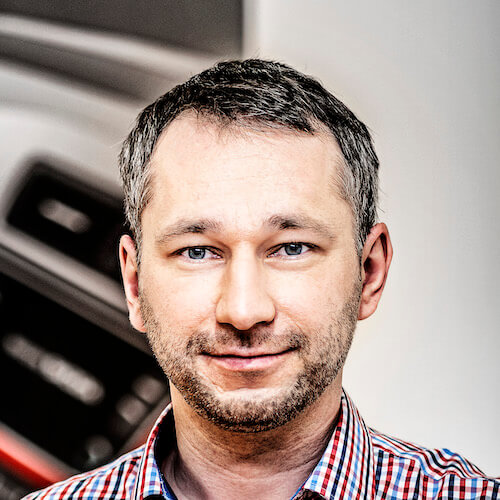 “We test the cars’ electrics and electronics. Then we make recommendations for use in series production.”

Our department deals with the entire car’s electronics. So, we are in charge of complex functions and testing the car’s on-board network. We also check each model’s driving characteristics and make a point of high-quality diagnostics. The trainee learns about the planning process and finds out how integration tests are conducted at manual and automated simulation workplaces and how these tests are prepared. There are a number of simulation tools and aids related to this, such as the virtual reality system, which allows us to test how the assistance systems work. Trainees also get to look into groups involved with logging communication buses, preparing test drives for the press and other important people, or testing electromagnetic compatibility.

The most interesting thing for me about performing integration tests for car electronics is the opportunity to see the vehicle’s complete on-board network. Among other things, it consists of control units and actuators, which are located in a special test station – HIL (Hardware In the Loop). I find the most interesting part of this process to be simulating inputs to the sensors for the safety assistance systems, which feed the signals generated by virtual reality to the relevant control units. This is an elegant way to deal with the problem of detecting other road users in the framework of the test centre. 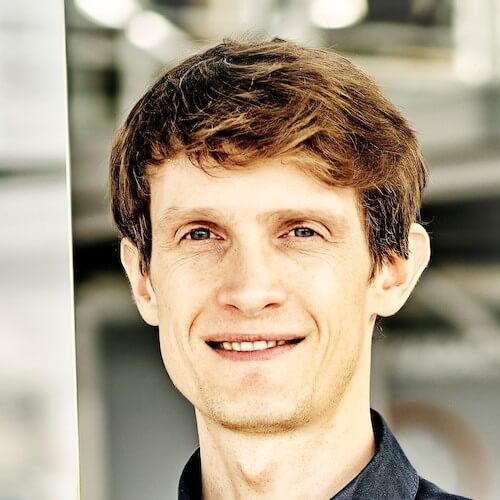 “We animate the vehicle’s electronics so that the car can leaves the production line for its owner like a smartphone on wheels.”

The vehicle electronics department codes all the vehicle control units and tests the car’s functions. This all takes place during production on the assembly lines. Trainees get to know the world of programmers, car diagnostics and also data analysis. They are part of a team that looks after assembly in the Czech Republic and also supports foreign plants. Not only are the ŠKODA AUTO assembly lines the fastest in the Group, but they are also undergoing an exciting revolution. We are in the middle of digitization and robotization.

What does trainee Marek Šikola say about the department?

Being part of the team at the car electronics department is a great experience for me. Every day I move along an assembly line full of ENAYQs whilst solving the issue of complex control units with experienced colleagues who are a great inspiration for me.

In our department, the trainee gets to know the innovative approach we take to testing digital applications and car driving tests in combination with digital technologies. They also get the opportunity to try out the latest driver assistance systems. We are also one of the Group’s leaders as concerns cybersecurity. We are constantly developing ways to detect and respond to hacker threats. Another topic the Smart Quality department deals with is software management and data analysis from car programming in production. Day-to-day communication with companies such as Volkswagen, Audi, Porsche and Bentley is an ideal personal growth opportunity for each trainee.

At our department, we try to achieve quality in a smart way. One team is dedicated to digital application, car driving and software quality. The second team, which I am a part of, deals with cybersecurity following the UNECE Regulation (United Nations Economic Commission for Europe). As Mr Štický said, we work closely with others in the Volkswagen group, so there is always a lot we can learn in the process.

Back to all posts

CARS THAT TALK TO YOU 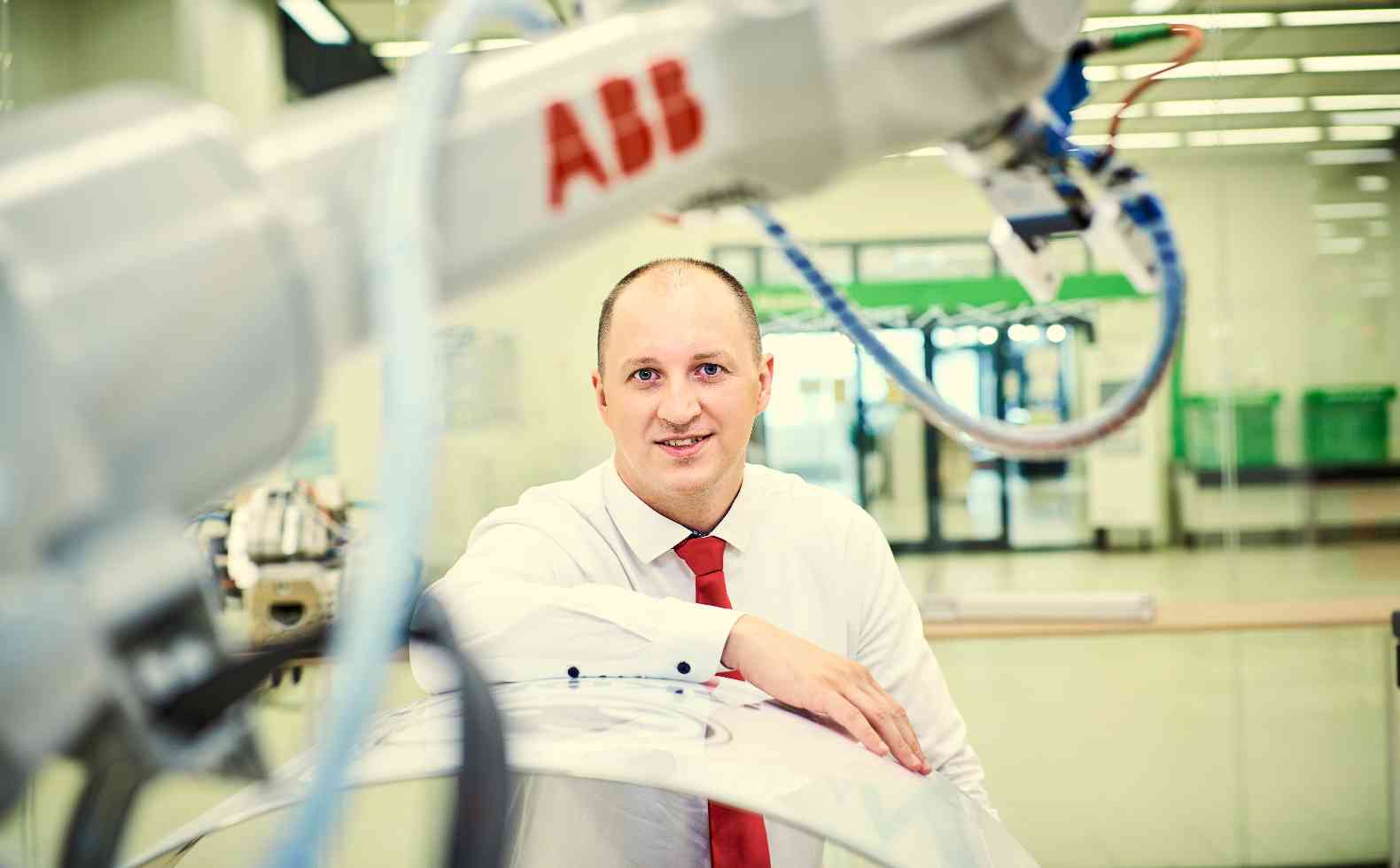 NOTES OF ONE ROBOTIC EXPERT – PART 2 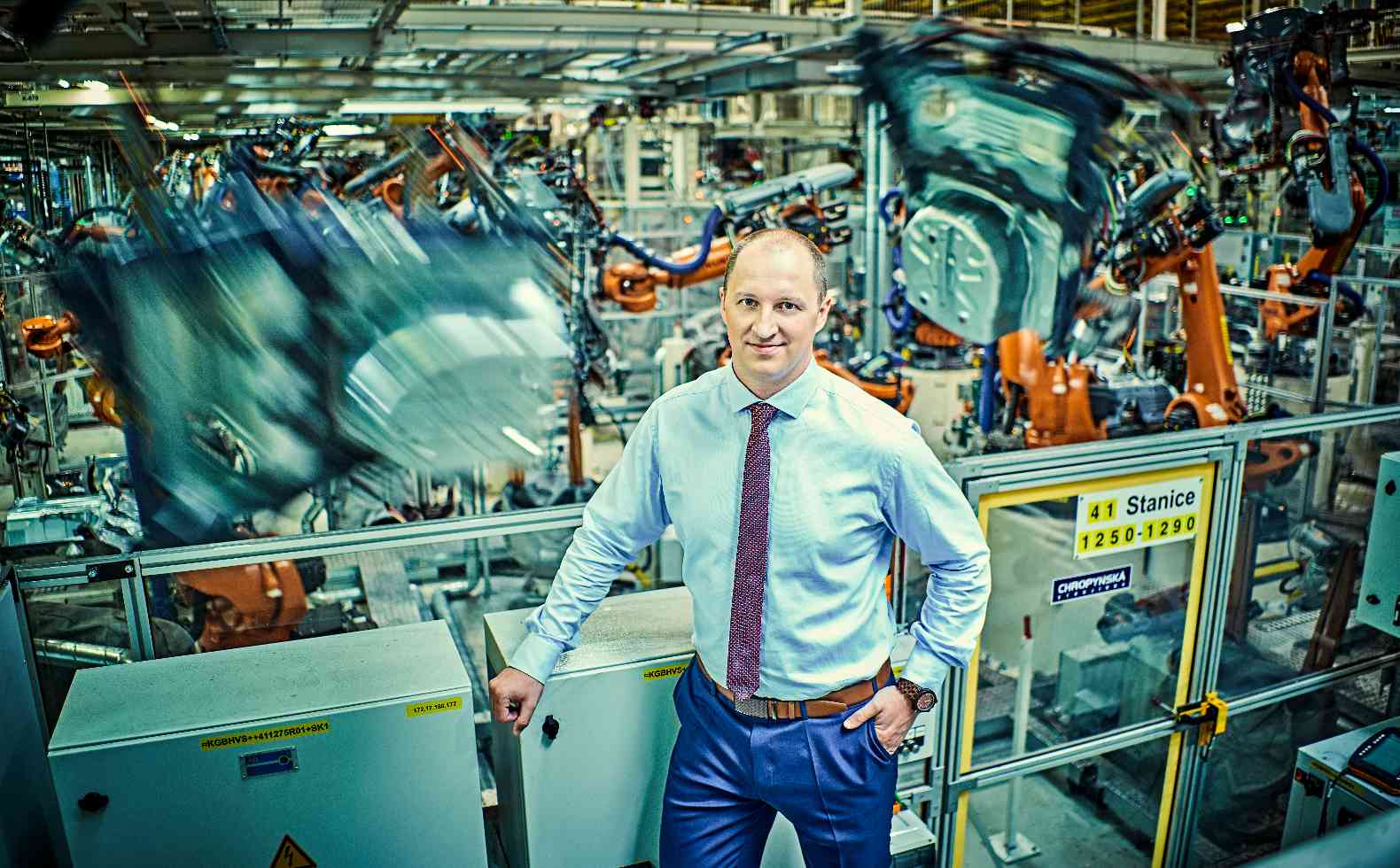 NOTES OF ONE ROBOTIC EXPERT – PART 1